Which hopefully means you’ll get a little vacay and R&R. When you do,  you’ll need a great book.

Which is why I’m giving away some of my favorite books to a few lucky subscribers to the Insider’s Only Newsletter.

What’s the Insider’s Only Newsletter? I’m glad you asked. You get exclusive content like the Make Monday Awesome email, special webinars, like this one on figuring out your calling, plus other goodness brightening your inbox.

Sign up today to get in on the goodness and learn how to enter in next Make Monday Awesome email.

My best leadership, creativity, and dream chasing advice
Every Monday I send out a short message to help make your Monday Awesome. Only for the Insider’s Mailing List.
No Spam. No sharing your info

This book will push you to do something the crazy for God. It did for me. I love Mark’s writing and his leadership. His impact on my life and ministry have been huge. He encouraged me to write my first book and I was blown away when he agreed to write the foreword. I’m so glad he challenged me to chase the lion.

I’m giving away a copy of In a Pit with a Lion on a Snowy Day. For a chance to win, leave a comment on something in your life that you know God is calling you to do, but it scares the heck out of you.

I was surprised how much I loved this book. Most business books seem the same to me, but not this one. This is a book that you can read in little spurts. There are some great ideas for those leading small teams or if you are an independent creative. There are some ideas in the book that go against what most “experts” say.  But, the strength is that the authors are practitioners, not theorists. I like learning from people who are in the trenches doing it, not sitting behind a desk. These guys are sharing from their successes and failures. That carries more weight for me.

I read through this in almost one sitting. I have gone back through multiple times since then to various parts to re-read. If you are trying to start anything or execute on anything, then you must read this book. He shares all the inside struggles that you will face. I learned I’m not the only writer who can convince himself that today is not a good day to write. The best lesson in this book was the challenge to turn pro. Turning pro means showing up everyday to do your work, no excuses. Turning pro means writing when I don’t feel like it. Turning pro means being organized and focused on what’s important, not urgent. This was a kick in the gut. Painful, but rewarding. This is back on the reading list for 2011.

Bonus-Passion is Not Enough
Shameless book plug…maybe. But, the principles in this book have kept me going this year when I felt like quitting–which was often. I realized that part of my journey and purpose was to live out the book, not just write about it. In my pursuit to obtain the 4 elements to change the world, I learned that passion really isn’t enough. Many times my passion to finish the book was gone, but I was then able to lean on the other elements to finish. I’m thankful I did. Now, the hard part will be to continually do that.

Don’t read this book if you aren’t willing to seriously consider your life in the face of the cross. Clayton lays out the requirements to follow Christ today and it can get uncomfortable. To truly live, we must die to ourselves. Those were the words of Christ; Clayton was just the messenger. This book is about perspective. In light of all the other books that I read to help me achieve the goals and dreams God gave me, this book helped me consider everything through the cross. This book was not a feel-good read. But it is an important read. Thankful that Clayton had the courage to write it.

Continuing my post on my favorite books of 2010.  You can see the first part of the list here.

5-Linchpin
We were not created to do boring purposeless work. We were created to create. It looks different for everyone, but its still true. Author Seth Godin calls this doing art. We were created to do art. I’m not sure if he is aware that that is the same commission God gave Adam and Eve. Either way, this is a challenge to all Christians to make meaningful work with their lives. A key idea for me was to ship. The goal is to get your work out there. So few people actually ship their ideas. If you can ship, you’ll be ahead of most people. My goal is to ship even more ideas in 2011. Look out!

I’m not going to lie, this was a beast of a book. I love history, so it was a fascinating look into the lives of one of the most influential leaders of the 20th century. A few things really stood out for me. One was Churchill was completely misunderstood and not appreciated for his strengths for many years. In fact, he did not rise to the job he felt he was bet suited for until he was 60! I look at that and I’m more than 30 years away and wonder, Am I willing to keep working for another 30 years if necessary to reach the goal of what I think God has for me?  The next lesson was Churchill was a hustler. He worked very hard, sometimes on multiple projects to make ends meet. He wrote a trilogy that ended up being over a million words. As a comparison, my book was 41,000.  He is proof that consistent hard work will pay off. He is also proof that your best days are probably in front of you. Keep working.

7- The Next Christians
I’m a big fan of Gabe and the movement he’s leading with Q. I’ve been a small part of that community for 3 years and have learned so much. This book is a look at the changing face of Christianity. He shares some stories of some people who he calls the Next Christians. I for one think its a great change and hope to be a part of the Next Christians, who believe in making their faith an integral part of everything they do. This means art, justice, evangelism, work, community involvement, teaching, raising kids, and so many other examples. I want to be a part of a movement that impacts the world and I think Gabe is helping lead that movement.

8- Gracenomics
This book has been most impactful because of the author’s life is a reflection of the pages.  Mike has been an encouragement and supporter in my life for many years now, which makes the content even stronger for me. Those that want to lead at a high level have got to be grace agents.  As the church, we must be the front-runners in forgiveness.  This is not a pass to overlook sin, but to lead with grace. Like the woman at the well, Jesus dealt with the sin but lead with grace. This message is necessary and I will be reviewing this little book many times over the years to come.

What were the best books you read this year and why? 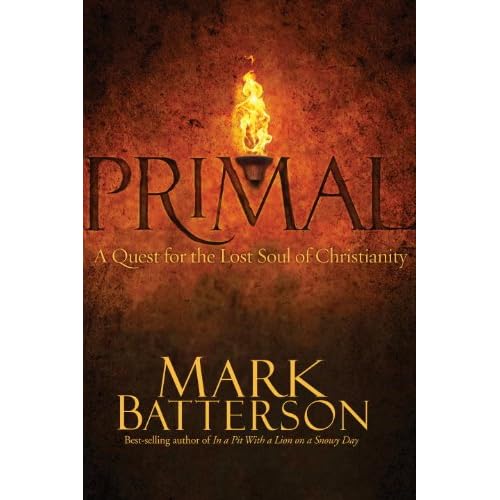 I’m going to go ahead and tell you this will be a very biased book review. Here’s why: I’m a huge fan of Mark Batterson. As a pastor, communicator, blogger, writer and friend. He’s one of those guys that when you are around him, you can’t help but get excited about what God’s doing. I so pumped that he is our first session for Backstage Leadership starting in January. So, now for book thoughts…

Mark opens the book with an honest look into his own heart and relationship with Christ. He says it was lacking some of the joy and passion it once had. (I connected immediately)  Here’s a quote I love from that section:

That is what the whole book is about: helping you get back to the basics.

As with all of Mark’s previous books, I would highly recommend it for your learning and reading enrichment. I did get an advance copy of the book for free, but for the record I would have bought this book and read it regardless. If you’re looking for a good book over the Christmas break or to start the year with, you need to check it out here.